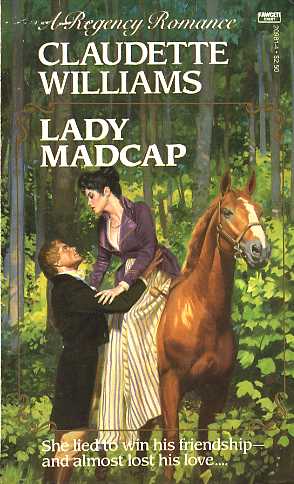 Share:
This old fidget of a duke command orders on her head? The devil he did!

The unchaperoned Miss Felicia Easton, holed up happy and alone in Easton Manor, had no intention of being fetched away by the old Duke of Somerset, her ogre of a guardian.

And so she fled with her childhood friend Scott--only to run into a highwayman! Thank heavens Glen Ashton happened along when he did, insisting the two runaways recover from their shock at a local inn.

But it was some time before the flirtatious Felicia and the highly susceptible Ashton learned the truth--the old duke being dead, Ashton was now Flip's guardian...one who didn't appreciate being bamboozled by a slip of a girl, pretty though she may be!