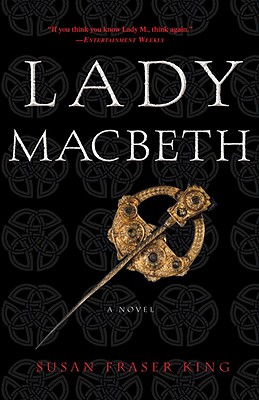 Share:
I am granddaughter to a king and daughter to a prince, a wife twice over, a queen as well. I have fought with sword and bow, and struggled fierce to bear my babes into this world. I have loved deeply and hated deeply, too.

Lady Gruadh, called Rue, is the last female descendant of Scotland's most royal line. Married to a northern lord, she is widowed while still carrying his child and forced to marry his murderer: a rising warlord named Macbeth. Encountering danger from Vikings, Saxons, and treacherous Scots, Rue comes to respect the man she once despised -- then realizes that Macbeth's complex ambitions extend beyond the borders of the vast northern
region. Among powerful warlords and their steel-games, only Macbeth can unite Scotland -- and his wife's royal blood is the key to his ultimate success.

From towering crags to misted moors and staunch fortresses, Lady Macbeth transports readers to the heart of 11th-century Scotland, painting a bold, vivid portrait of a woman maligned by history.