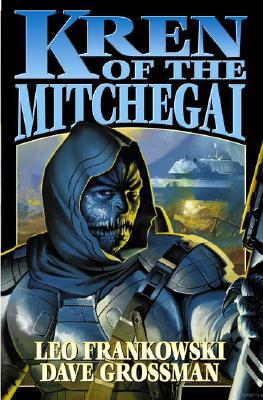 THE VIRTUAL-REALITY MERCENARIES FACE A NEW MENACE--AND THERE'S NOTHING VIRTUAL ABOUT IT!

First, the involuntary colonists of New Kashubia rescued their planet from crushing debt by becoming virtual-reality mercenaries, then they successfully revolted against the oppressive government of Earth, but now they are menaced by the Mitchegai, a species whose biology has made them inherently--there is no other word for it--evil. The carnivorous adults lay and abandon vast numbers of eggs, some of which grow into vegetarian juveniles, which are the adults' only food supply. Their culture has no family life, they eat only meat, have nothing like sex, and their main pleasures are gambling, and murder by torture.

They are an ancient civilization, millions of years old, with thousands of densely populated star systems in their realm. Lacking an immune system, they must completely sterilize .any planet before they colonize it. The region of the galaxy they occupy is rapidly expanding . . . and Human Space is their next frontier!
Reviews from Goodreads.com