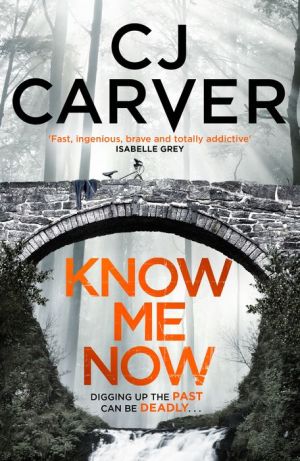 Share:
A gripping suspense thriller for fans of Angela Marsons, MJ Arlidge and Peter May, from CWA Debut Dagger winner CJ CarverA SUICIDE. A MURDER. A CONSPIRACY. DIGGING UP THE PAST CAN BE DEADLY. A thirteen-year-old boy commits suicide.A sixty-five-year old man dies of a heart attack. Dan Forrester, ex-MI5 officer, is connected to them both. And when he discovers that his godson and his father have been murdered, he teams up with his old friend, DC Lucy Davies, to find answers. But as the pair investigate, they unravel a dark and violent mystery stretching decades into the past and uncover a terrible secret.A secret someone will do anything to keep buried. 'A top notch thriller writer' SIMON KERNICK'Perfect for fans of Lee Child and Mason Cross' GUARDIAN'One of the best thriller writers working today' TOM HARPER