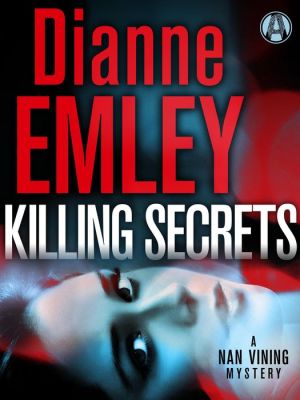 When she gets the call, Nan Vining responds as a mother first and a detective second. Her daughter, Emily, has made a gruesome discovery in a secluded section of a Pasadena park: a pretty, popular young teacher from Emily’s high school and a bright yet troubled transfer student—both dead and bloody in a copse of trees. But the crime scene isn’t the only thing that seems off to Detective Vining. There’s also the cocky classmate who was with Emily in the park—the boyfriend she never knew about. What else doesn’t she know about her daughter?

As she attempts to channel both her maternal and investigative instincts into one single point of focus, Vining’s superiors at the Pasadena Police Department are moving at lightning speed. Before the evidence has even been processed, the case is closed as a clear-cut murder/suicide: a disturbed teenager murders his teacher, then takes his own life. Vining doesn’t buy it. Now she’s chasing dangerous, powerful people with secrets they would kill for—and taking them down means risking her own flesh and blood.

“A complex, challenging and engaging mystery for Vining to unravel . . . Readers will love tagging along for the ride.”—The Florida Times-Union

“A suspenseful thriller . . . that will surprise readers with its stunning conclusion.”—Kings River Life Magazine

“I would strongly recommend Killing Secrets to anyone who likes a good mystery/crime novel—especially one with a strong, intelligent female lead character.”—A Book Geek

“Five out of five . . . I didn’t want to put it down.”—Bewitched Bookworms

“Killing Secrets is my idea of a hard-edged police drama, the kind I love best, and I want more.”—Buried Under Books

“From the beginning, I was hooked. . . . Highly recommended for those who enjoy a good thriller!”—Peeking Between the Pages

Praise for the novels of Dianne Emley

“The Night Visitor grabbed my attention on page one and never let up. It’s a creepy, crafty thrill ride, and I enjoyed every word. I’ll be looking for more of Dianne Emley’s books.”—Karen Robards