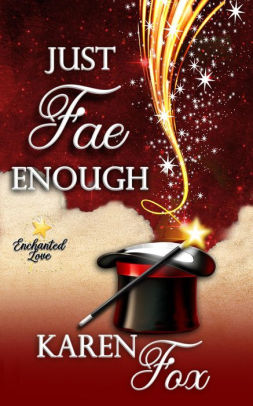 Share:
What happens when a stage magician is threatened with being exposed by real magic? Brandon Goodfellow is one of the greatest illusionists in the world, but he doesn't have real magic. He knows it exists because his childhood friend, Rose Thayer, not only stole his heart but has the true magic that comes with her fae blood. She's become a journalist who exposes magicians and when she appears again in his life, he knows it's his turn—just as he's about to reveal his new illusion. Unable to send her away, Brand makes a deal—she can write about his illusions if she doesn't use any of her magic. Still hurt by how Brand discarded their earlier friendship over her magic, Rose agrees, realizing too late that not only will her magic leak, but she's about to do the one thing she vowed never to do—fall in love with a mortal. Previously published as Impractical Magic