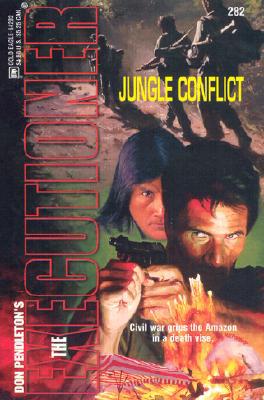 New hostilities erupting between Peru and Ecuador have taken a deadly turn and the grim standoff is leading up to the unthinkable: germ warfare in the Amazon. Mack Bolan's mission is to locate and destroy those bioweapons before ifs too late.

With his cover as an American journalist blown from the start, Bolan races to unravel an insidious conspiracy: a bargain between the rebel extremists of both countries using terrorism to escalate the violence and further their despotic visions of power, glory...and a new Inca empire built on blood.

As the battle rages through the jungle, the man known as the Executioner remains steadfast in his resolve --
to dispatch those who made a devil's bargain to the hell they deserve.
Reviews from Goodreads.com