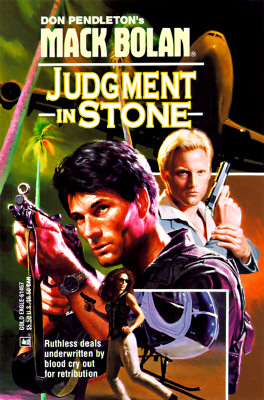 An ex-spook who can provide anything for a price, Thomas Quinn is a high-visibility player in the security industry. His business has a legitimate side. but his steady customers include the cartel, the mob, dictators and terrorists who purchase murder. mercenaries and high-tech weapons.

With powerful backers in both the U.S. government and intelligence communities. Thomas Quinn is a hard man to kill. But his deals are getting dirtier and deadlier. and now the Executioner is going to war -- to put Quinn out of business.
Reviews from Goodreads.com