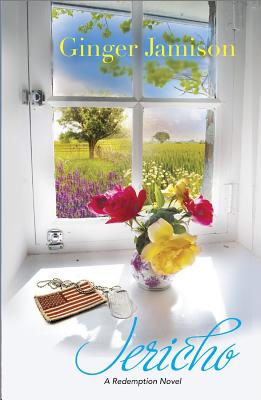 Share:
She had no one to rely on but herself.
Until a wounded stranger offered his friendship…and ecstasy beyond her most vivid dreams.

Georgia Williams has traveled a hard road from sheltered preacher's daughter to struggling single mother. Determined to build a secure future for her baby girl, she takes a job as a night nurse at Jericho Military Hospital. But her precarious world shifts yet again when she meets her newest patient.

A marine who nearly died fighting for his country, Lieutenant Christian Howard is a man of duty, honor…and deep desires. Something about the scarred war hero touches Georgia, awakening feelings she's tried to keep hidden. One passionate night together changes everything, erupting with consequences neither could have foreseen. Now Georgia faces the most momentous decision of her life. Should she trust Christian -- a man she barely knows -- with the devastating secrets from her past? Could this be a love that will heal and save them both?

Heartrending and sensual, Jericho tells a moving and seductive story about the power of love to redeem and transform even the most burdened of hearts.