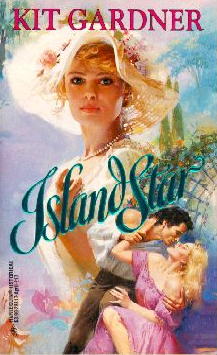 Share:
TROPICAL NIGHTS
Man-beast, the islanders called Oliver Keane. Big, brash and powerful, Alexa Fairfield could sense his aura of danger. And was drawn to him despite it. For he was the one man who could help her expose a murderous secret --- and make her ache for jungle nights at passion's edge.
In the garden paradise of Barbados, the flower that bloomed most brilliantly was Alexa Fairfield. Her flesh was petal-soft, her scent, intoxicating. Such a woman could bewitch any man. And Oliver Keane knew he'd sell his soul for a lifetime of such enchantment!