In the Wind — Barbara Fister 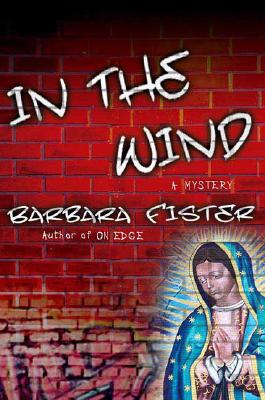 Share:
Anni Koskinen is out of a job. After ten years in the Chicago Police Department, her moral compass led her across the thin blue line to testify against a fellow cop -- and, in the aftermath, she lost the only career she ever wanted.

As she is putting a new life together, a gentle church worker appears on her doorstep and asks for a ride out of town. It's not until the FBI gets involved that Anni realizes she has helped a fugitive escape. And not just any fugitive.

It's hard to grasp that Rosa Saenz, a popular figure in her largely Latino parish, was once involved with a radical faction of the American Indian Movement. It's even harder to believe that Rosa was responsible for the murder of an FBI agent in 1972.

But even a close friend in the Bureau urges Anni to work with Rosa's defense team to find out what happened all those years ago. Because it soon becomes clear that it's more important to the authorities to find Rosa guilty than to find the truth.

Caught in the vortex of a no-holds-barred federal investigation, angry cops who believe she's once again working for the wrong side, and a dangerous group of white supremacists bent on establishing their own version of history, Anni's investigation into crimes of the past throws her in the path of a clear and present danger. And this time, she stands to lose much more than her job.

Drawing on parallels between counterintelligence practices of the Vietnam War era and today's hostile climate for civil liberties, In the Wind gathers gale-force strength as the events of the past collide with the present -- and, for Anni, the political becomes all too personal.