In the Claws of the Eagle — Aubrey M. Flegg 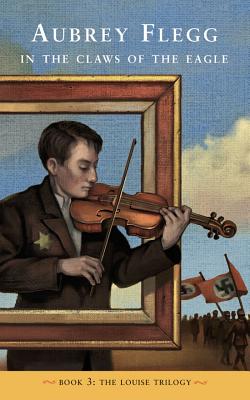 The year is 1913. The portrait of Louise is now hanging in the home of a Jewish family, the Abrahams, in Vienna. Izaac Abrahams is showing early signs of the talent that will make him a famous violin virtuoso and often practices in front of the picture.

After the Anschluss of 1939, Izaac is sent to the Theresienstadt concentration camp and then to Auschwitz.

The portrait of Louisa falls into the hands of Erich Hoffman, an SS officer, and seems destined to join the art collection being amassed on the orders of Adolf Hitler

What now for Louise and her portrait? Can Louise save Izaac from the gas chamber and Erich from his Nazism? And what is to be her decision on her own future?

Aubrey Flegg's Louise trilogy began with Wings Over Delft, winner of the Bisto Book of the Year Award 2004 and the Reading Association of Ireland Award 2005, and continued with The Rainbow Bridge.