I'm an Alien and I Want to Go Home — Jo Franklin 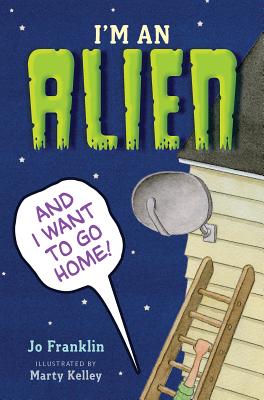 Daniel has nothing in common with his family or classmates and has only two friends. He feels so alienated that he might as well be an alien. When he learns that his mom has saved a newspaper clipping about a meteor that landed nearby on his birthday, he embraces his alien heritage and launches a mission to return to his home planet. Despite mishaps, mixups, and a crisis at every turn, Daniel and his mission team -- friends Eddie and Gordon the geek -- energetically pursue their goal. But when Mom and Dad are drawn into danger as a result, Daniel may have to rethink his plan. This is a fast-paced illustrated page-turner with a laugh on every page.
Reviews from Goodreads.com