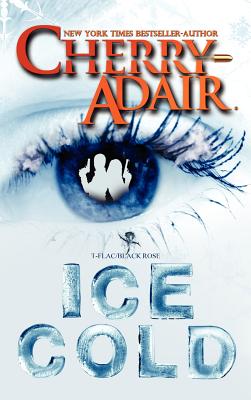 Ice Cold Romantic Suspense At Its Best! "When you add in the sensuous sizzle, you have the full Adair package.” T-FLAC operative Rafael Navarro will never allow another woman to suffer the consequences of his dangerous life. But in a world where a terrorist can do more damage with a keyboard than a bomb, he needs the expert help of a cyber-geek. And fast. Fellow operative, and cybercrimes specialist Honey Winston prefers computers to people. But when a serial bomber threatens the world’s financial infrastructure, she’s forced to work closely with Navarro, whose notorious skill in the bedroom is as legendary as his dexterity defusing bombs. Honey and Rafael must fight sparks hot enough to melt their resolve, and push beyond fear itself, as they join forces in a bid to race the clock before a sinister and lethal bomber proves just how much they both have to lose. T-FLAC is back, and the timer is counting down in the most pulse-pounding explosive op yet— “A relentless page-turner with plenty of enticing plot twists and turns.”
Reviews from Goodreads.com

TFLAC is back in Ice Cold, Cherry Adair’s latest novel. Rafael Navarro and Honey Winston are on a global manhunt for a traitor who is causing havoc all over the world but is saving the biggest act of betrayal for last which will hit the TFLAC family at their most vulnerable point. Racing to save the organization, Rafe and Honey are also fighting their growing feelings for each other. Ice Cold is a thrilling ride that is not to be missed and is a keeper for any fan of Cherry’s TFLAC series.