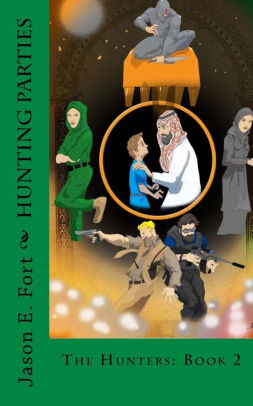 Share:
An ex-con sits in a cell, being interrogated by a Muslim Sheikh. An assassin and his female counterpart are hunting down ISIS leaders in an attempt to change the current American landscape. A former federal agent is helping a former killer and his cousin in the mission field, and they're not just preaching the gospel. This is just how the story starts. Hunting Parties follows the tales of several characters as they hunt for answers; answers to questions that have a direct impact on the future political climates of America and Europe. Who is holding the ex-con prisoner, and why don't they just kill him already? What's in store for the assassin, and the woman he is falling for? What can the armed and dangerous missionaries do about the radical Islamic onslaught that has befallen Europe? How are all the parties in question related? Find out more in this story of political and religious intrigue, where Muslims and Christians, killers and pacifists, and children and their parents are all at odds with one another. Can the Hunters all find what they seek?