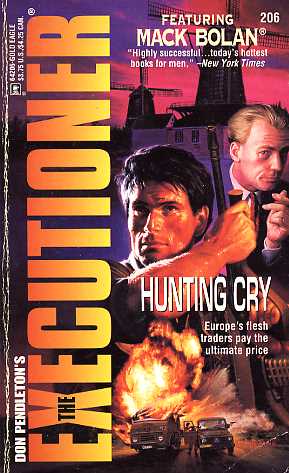 A new white slavery ring is being set up in Europe, and Mack Bolan's mandate is to shut down the operation, by any means necessary.

His take-no-prisoners blitz begins in Bosnia, with and lightning pimps strikes who are against the profiteering from the misery of their helpless victims. Bolan then launches his attack on the ring's neo-Nazi middleman and his skinhead muscle.

But it's not until the cries of the innocent are heard in Holland that Bolan's fight becomes an all-out war. And the Executioner's prime target soon discovers that the blood on his hands may be his own.
Reviews from Goodreads.com