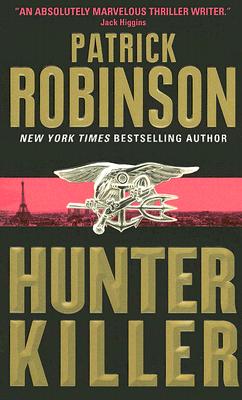 Share:
Saudi Arabia, the world's leading producer of oil, is on the brink of revolution.

Inside the opulent palaces and lavish mansions, the royal family is ransacking the country's dwindling coffers while the desert kingdom seethes with unrest. Appalled at his family's extravagant lifestyle, Crown Prince Nasir vows to end the careless and destructive rule, and sets in motion a top-secret operation to destroy the Saudi oil industry and bankrupt the monarch. To do so, he must enlist the help of an ally, a naval power willing to help in return for a share of the wealth.

Nasir turns to France, with its fleet of lethal Hunter Killer submarines, capable of inflicting devastating damage on the massive oil installations along the shores of the Red Sea and in the Persian Gulf. Objective: To shift the power structure of the world's oil giant.

Under the command of the mysterious and lethally effective Colonel Jacques Gamoudi -- nicknamed "Le Chasseur," or "The Hunter" -- the ferocious battle for the desert kingdom begins. As the world's oil markets plunge into chaos, Admiral Arnold Morgan, former Security Adviser to the President, and Lieutenant Commander Jimmy Ramshawe are summoned to the White House, where they learn that Gamoudi has been joined by none other than Morgan's archenemy, Hamas General Ravi Rashood, in the battle for the capital city of Riyadh.

Now Le Chasseur becomes the hunted, by both French and American Special Forces -- one trying to assassinate and silence him forever, the other desperate to take him alive and to force a public confession of France's subversive actions.