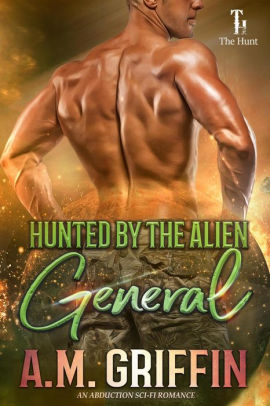 Share:
The Hunter. Adiya Yamma had one goal: Find a male and mate him. As the unexpected heir to her mother's legacy, she would do anything to thwart her sister's plan to usurp the role and overthrow her leadership.The plan was simple. Enter the illegal hunting game, claim one of the frail humans as her mate and secure her rule. What she didn't intend, was to find a man who satisfied her needs and wants beyond her every desire. The Prey. One night Ben Browder was in the Afghanistan mountains and the next he was on an alien planet with eight other abductees trapped in a survival game. As a Marine, Ben didn't expect to have any problem completing all three levels of The Hunt and earning his ticket back to Earth.Then an injury sidelines him and Ben has no choice but to make a bargain with an alien huntress determined to claim him as her own. Agreeing, Ben knows there's more than one way to win and he's about to prove he's more than a muscled enforcer.