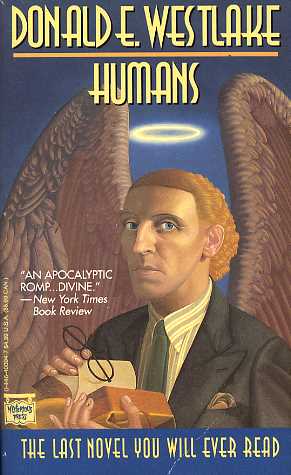 God has had it. He's embarrassed, sick, and disgusted. As far as God is concerned, it's no more Mr. Nice Guy: he's sending his best angel, Ananayel, to put those whining, petulant, overbreeding humans out of business for good.

But even the end of the world doesn't come off without a hitch. While Ananayel carefully chooses a number of people--a disillusioned ex-con, a Chinese revolutionary, a Brazilian torch singer, a stricken prostitute, and a Chernobyl fireman among them--to do God's will and trigger the apocalypse, a Certain Someone has other ideas....Suddenly the ragtag crew of flesh and blood humans are caught up in a cataclysmic contest between Good and Evil. At stake is the survival of the planet. The question is: Which side do you really want to win?
Reviews from Goodreads.com