How to Rock Break-Ups and Make-Ups — Meg Haston 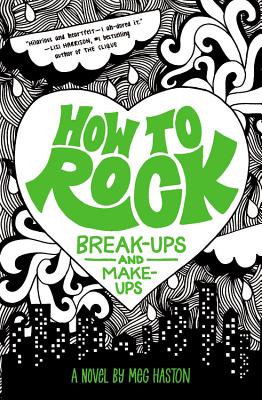 In this hilarious sequel to How to Rock Braces and Glasses, Kacey Simon looks like her old self again, but she's trying not to revert to her former mean-girl ways. That is, until her new crush Zander's ex-girlfriend and former lead singer, Stevie, arrives in town. Stevie's killer style is rivaled only by her impressive vocals, and she's an instant star at Marquette Middle. Boys want to date her, girls want to be her, and Kacey wants to boot her butt out of Chicago, ASAP. But will taking the new Queen Bee down a notch put Kacey back on top? Or will it cost her everything-and everyone-she cares about?
Reviews from Goodreads.com