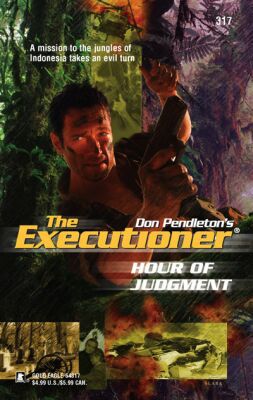 Two American missionaries are captured and ransomed in the jungles of Borneo, and the White House orders a quick and dirty rescue under the radar of the press: no political backlash, no strained relations with foreign powers. Washington views it as damage control, but for Mack Bolan, it's grim business as usual.

Caught between a volatile terrorist group calling themselves the Sword of Freedom, and the brutality of the take-no-prisoners Indonesian military, Bolan faces tough odds. His biggest liability is a young Navy SEAL on a very personal mission: to find and rescue the two hostages... his parents. It's up to the Executioner to show him there are options in the law of the jungle: live or die.
Reviews from Goodreads.com