Hot on His Trail — Lori Copeland 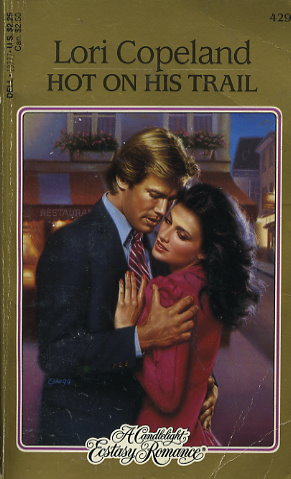 He was her fantasy, the mirror image of the man she didn't marry years before. From the minute Officer Steve Hayden ticketed her for speeding, Cee Ann Masters was ready for the race. Too ready for the shy policeman who thought she was too fast for him. After a fistful of summonses, Cee Ann realized she'd lost her heart but couldn't afford to lose her license as well. But Steve had gotten the message and decided to take a chance on the lady, who'd made her intentions perfectly clear. Too soon they were recklessly, passionately involved, and Cee Ann realized her lover had a few fantasies of his own. The inevitable question arose: Was she really the woman of his dreams, or was he in for a rude awakening?
Reviews from Goodreads.com