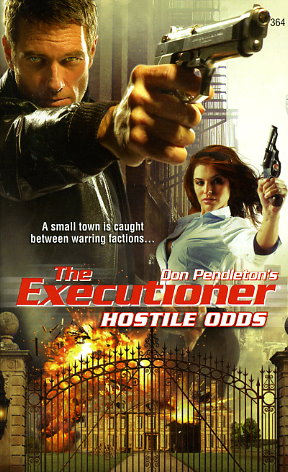 The illicit activities of an organized-crime family draw Mack Bolan to California, where he uncovers a deadly power struggle. It seems a branch of this family tree extends to a small town in Oregon where the Mob's influence runs deep. Following the bloody trail, Bolan takes his war across the state line.

Profits from prostitution, drugs and numbers rackets tied to several local businesses are being funneled to a radical ecoterrorist group more than willing to strike out against anything -- and anyone -- standing in its way. A war is brewing and the small town is under siege. Faced with mounting casualties, the Executioner will have to use his own methods to clean up the environment.