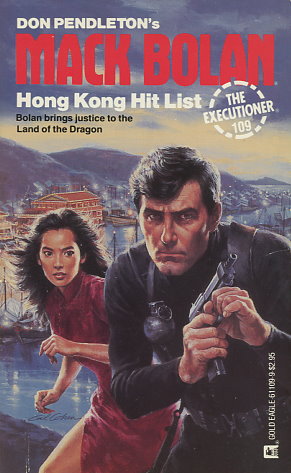 HELL IN A HOSTILE LAND

A ruthless army of young Communist fanatics prepares to unleash a series of terrorist atrocities throughout Red China. The brutal acts of sabotage, hijacking and assassination are designed to appear U.S. or Soviet backed, and their success could set the world on a grim course toward nuclear devastation.

Mack Bolan blazes through the bamboo curtain to crush the conspiracy at its roots, deep within the heart of the Chinese government.

The forces of good hold the strongest hand. For Bolan is ready to triumph ... or die.
Reviews from Goodreads.com