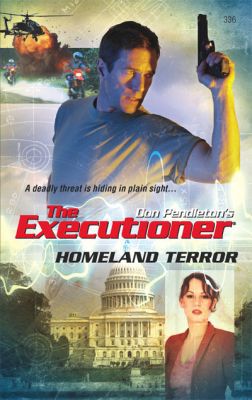 Mack Bolan's hard probe into the coordinated movement between domestic militia groups exposes a conspiracy deep within the U.S. government. Someone has spent years fanning the fires of discontent, fueling righteous ideology, doing whatever it takes-blackmail, murder, selling out the American public-to pave the way for armed and angry Americans to take down their own government.

After an unauthorized attack on CIA headquarters by a renegade on the payroll, the plan of action turns immediate. The Executioner must move fast to establish countermeasures against a revolution poised to derail the government...and a senator willing to betray his country for absolute power.
Reviews from Goodreads.com