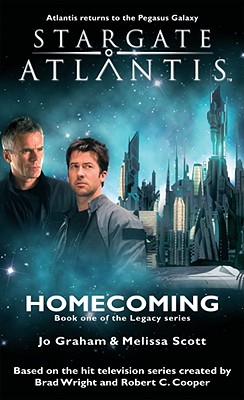 Atlantis has returned to Earth. The team members have dispersed and are beginning new lives far from the dangers of the Pegasus galaxy. They think the adventure is over.

With the help of General Jack O'Neill, Atlantis rises once more - and the former members of the expedition must decide whether to return with her to Pegasus or to remain safely on Earth in the new lives they enjoy...

Picking up where the show's final season ended, STARGATE ATLANTIS Homecoming is the first in the exciting new STARGATE ATLANTIS Legacy series. These all new adventures take the Atlantis team back to the Pegasus galaxy where a terrible new enemy has emerged, an enemy that threatens their lives, their friendships - and the future of Earth itself.
Reviews from Goodreads.com