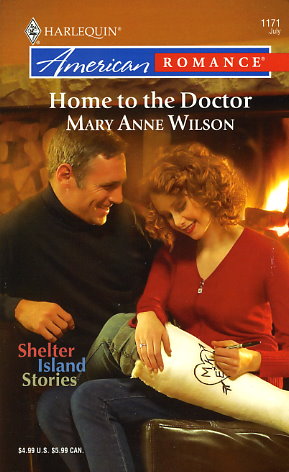 A Modern-Day Pirate Picks the Wrong Woman to Plunder

Covering for her father while he takes a much-needed vacation, Dr. Morgan Kelly thinks she's ready for anything--until she has to play nursemaid to Ethan Grace. Even though the handsome developer looks relatively harmless with a broken leg, he still acts too much like Bartholomew Grace, the infamous pirate in his family tree.

But even before Morgan discovers he's bulldozing Shelter Island's only medical clinic--and her home--to build a luxury bed-and-breakfast, it's too late. She's already fallen for the hard-nosed millionaire. Now her job is to show him why, when there's a choice between business and happiness, business should never come first!
Reviews from Goodreads.com