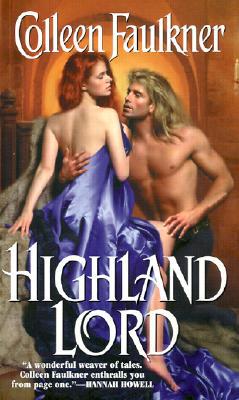 The illegitimate daughter of Scotland's king, Robert the Bruce, Anne awaits her betrothal as a ward of the Forrests of Rancoff Castle. Then Tor Henneson storms the gates of the keep, a towering giant full of hell and fury. The powerful Viking warrior has come to demand his due from the father who abandoned him, yet it is feisty Anne who will confront his deepest desires with her own. In doing so, she will be forced to make a harrowing choice between duty...and a love that is destiny.

Raised in the bare northern borderlands of his mother's Viking people, Tor Henneson wants coin, not comfort, from the father who denied him. As the days turn to weeks, however, he finds himself less willing to deny his Highlander heritage...the father he vows to hate...and the remarkable woman he cannot resist. Even as he defiantly claims Anne as his own, dark intrigue and deadly treachery draw him into a bitter, dangerous fight to save his birthright and the woman he loves.
Reviews from Goodreads.com