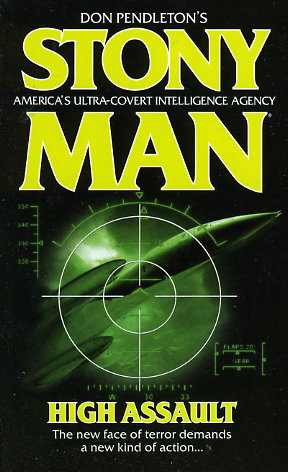 STONY MAN
The determined enemies of peace and democracy command the response of the covert action teams of Stony Man -- on the front lines of a brutal onslaught against violence and terror across the globe. Off the books and off the record, the commandos of America's elite defense unit willingly put their lives on the line in the name of freedom.

RADICAL ENGAGEMENT
A long anticipated break in intelligence puts Stony Man on a rapid-fire mission to halt a massive terrorist attack in America's heartland. Able Team hits the streets of the Venezuelan capital, hunted by political death squads while working to sever Iran's increasingly powerful narco-pipeline to the States. Across the globe in Basra, Phoenix Force gets betrayed and burned in the hellgrounds -- targeted, outnumbered and outgunned with men down. But Stony Man has been to hell and back many times before. They don't intend to fail now.