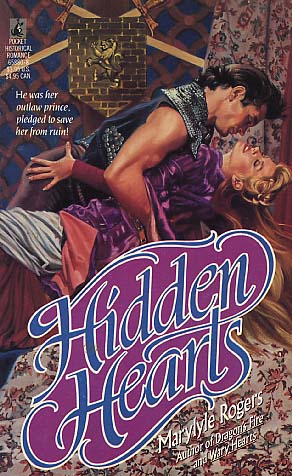 Hidden behind a cascade of water, Amicia peered out at the handsome rogue who drank from an icy forest pool. Startled by the nymph's reflection, Galen looked up into the waterfall for the tawny beauty who captured his heart on sight. Here at last was the lady he had come to rescue, the lady for whom he would risk prison and worse --- because he could not afford to tell her the truth!

Amicia, heiress to the Castle Dungeld, would soon embrace him with unbridled passion, calling him her Robin Hood, come to save her from an arranged marriage and the stepfather who would destroy her life. But just as the dashing Galen claimed her as his bride, he was captured, unmasked and sentenced to hang. Sure she had been betrayed by the knave she'd loved with reckless abandon. Amicia vowed to free him and seek her own justice. Now she would form an army against her powerful stepfather, and challenge the will of malevolent King John himself!