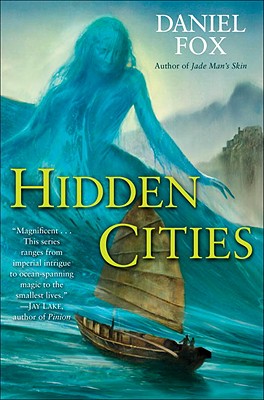 Share:
The mythic beasts and glorious legends of feudal China illuminate a world at war in this, the conclusion to Daniel Fox's critically acclaimed series.

More by chance than good judgment, the young emperor has won his first battle. The rebels have retreated from the coastal city of Santung -- but they'll be back. Distracted by his pregnant concubine, the emperor sends a distrusted aide, Ping Wen, to govern Santung in his place. There, the treacherous general will discover the healer Tien, who is obsessed with a library of sacred mage texts and the secrets concealed within -- secrets upon which, Ping Wen quickly realizes, the fate of the whole war may turn.

As all sides of this seething conflict prepare for more butchery, a miner of magical jade, himself invulnerable, desperately tries to save his beautiful and yet brutally scarred clan cousin; a priestess loses her children, who are taken as pawns in a contest beyond her comprehension; and a fierce and powerful woman commits an act of violence that will entwine her, body and soul, with the spirit of jade itself. Amid a horde of soldiers, torturers, and runaways, these people will test both their human and mystical powers against a violent world. But one force trumps all: the huge, hungry, wrathful dragon.