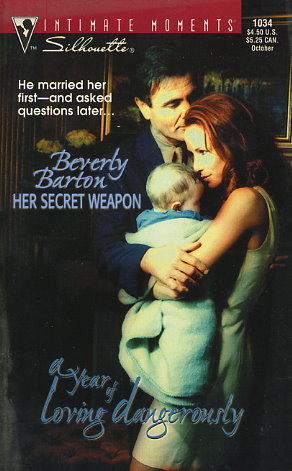 THE MISSION: To destroy a dangerous traitor, while defending his woman and child!

Facing off with a deadly menace was easy for Burke Lonigan -- until a beguiling beauty stepped in danger's path. The only way Burke could protect Callie Severin was to make her his wife. Then Burke discovered his new bride was the beautiful stranger he had taken to his bed one passionate night long ago -- and the mother of the child he'd never known! Now Burke was determined to defend his family -- and damn the consequences to his heart!
Reviews from Goodreads.com