Her Secret, His Baby — Tanya Michaels 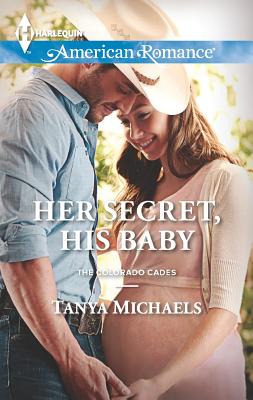 SURPRISE! YOU'RE A DADDY!

Life's been full of surprises lately for rancher Garrett Frost -- and not in a good way. His mother has just dropped a bombshell about his past, so Garrett takes some time away to come to terms with family secrets. And who should he run into but Arden Cade, the beautiful photographer who shared a single night of passion with Garrett six months ago. He is even more shocked when he discovers she's pregnant -- and he's the daddy.

To make matters worse, Arden hadn't even planned on telling Garrett about the baby. Despite her lies, Garrett is determined to be a good father. He's not the type to cut and run, and he can't deny that he's falling for Arden all over again. But he'll have to find a way to forgive her betrayal…and make peace with that skeleton in the family closet.
Reviews from Goodreads.com