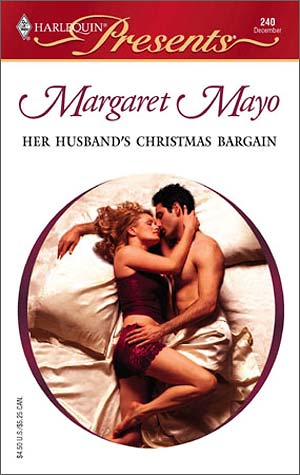 When Italian businessman Luigi Costanzo discovers that Megan, his beautiful estranged wife, is also the mother of his child, he is incensed! How dare she keep his daughter from him? Now he will do anything in his power to reclaim his wife and child.

Megan is less than impressed when Luigi turns up on her doorstep -- especially during the week before Christmas! Luigi is as arrogant as ever -- and still as impossible to resist.

But Luigi is adamant.... Megan will be a wife to him this Christmas -- in every way -- once again!
Reviews from Goodreads.com