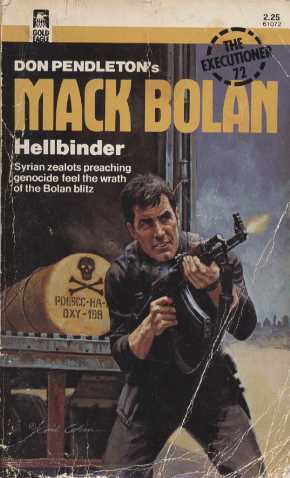 The Syrians are seeking territorial control of the Middle East, and they have a plan to annex Israel and drive the Israelis into the sea.

The Syrian weapon: canisters of deadly nerve gas stolen from the United States.

But the Israeli nation, forged in the fires of time, has vowed it would never again be subjected to the horror of another holocaust.

Political and racial passions smolder under a terrorist sun as Mack Bolan, a lone missionary of justice, battles the disciples of death in the Holy Land.
Reviews from Goodreads.com