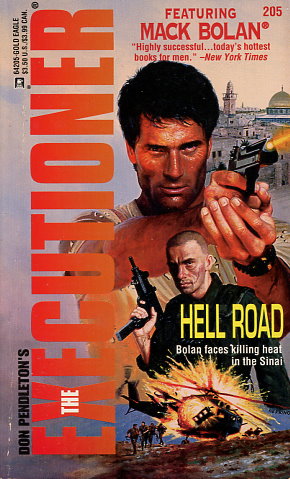 The world's most wanted terrorist is being held captive in an Israeli prison. awaiting extradition to the U.S. But Intel on a strike to tree Kamal from the desert compound forces Mack Bolan into a deadly shadow game where everyone is playing by different rules.

A renegade agent. with enough firepower to level most Mid-East nations, and an army of mercs willing to use it launch the attack on the compound. setting Kamal at large.

With the Israeli-America agenda shot to pieces. Bolan vows to pursue Kamal and his shock troops to the farthest corner of hell to deliver Executioner justice.
Reviews from Goodreads.com