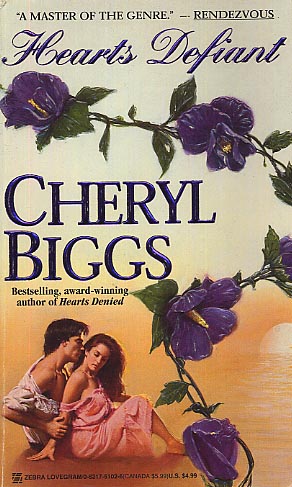 Lovely Yankee debutante Marci Colderaine had spent most of the war as the belle of Washington society. Only pure chance placed her on the Federal riverboat The Bayou Queen just as it was commandeered by a seductive southern rebel, whose arrogance and daring took her breath away.

Blockade runner Traynor Braggette bad a desperate plan to sail a Union Army boat into besieged Vicksburg to save his captured brother from being banged. He wasn't going to be stopped by anyone, especially a red-beaded beauty who fought him like a wildcat. .. and whose nearness awakened feelings that were pure treason.

Against the stormy backdrop of the battle-ravaged South, Marci and Traynor were driven by a passion that divided their loyalties -- forcing them to choose between a cause worth dying for... and the love that had transformed their lives....
Reviews from Goodreads.com