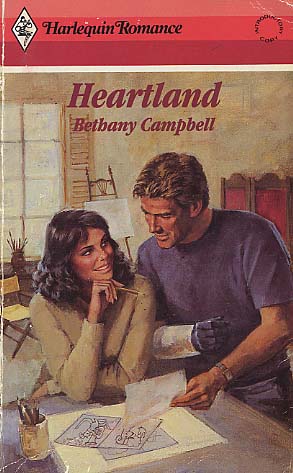 She departed for Nebraska in true terror

Toby Moranti had practically grown up in the safe little New Jersey studio where she worked as an illustrator for a cartoon syndicate. Although she dreamed of branching out, she'd never considered leaving.

But when the creator of the popular Heartland cartoon strip injured his hand and advertised for an assistant, Toby applied. After all, Jake Ulrick had always been her idol.

She expected him to be exacting, critical, even resentful, but nothing prepared her for his presumptuous assaults on her emotions.
Reviews from Goodreads.com