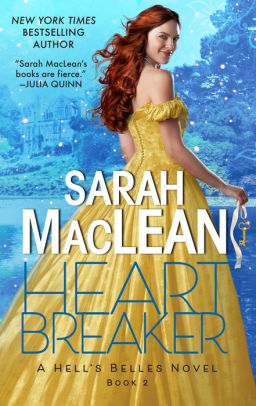 A Princess of Thieves

Raised among London's most notorious criminals, a twist of fate landed Adelaide Frampton in the bright ballrooms of Mayfair, where she masquerades as a quiet wallflower -- so plain and unassuming that no one realizes she's the Matchbreaker…using her superior skills as a thief to help brides avoid the altar.

A King of Reputation

Henry, Duke of Clayborn, has spent a lifetime living in perfection. He has no time for the salacious gossip that arises every time the Matchbreaker ends another groom. His own reputation is impeccable -- and the last thing he needs is a frustrating, fascinating woman discovering the truth of his past, or the secrets he holds close.

When the two find themselves on a breakneck journey across Britain to stop a wedding, it's impossible for Clayborn to resist this woman who both frustrates and fascinates him. But late-night carriage rides make for delicious danger…and soon Adelaide is uncovering Clayborn's truths, throwing his well-laid plans into chaos…and threatening to steal his heavily guarded heart.