Heart of the Wolf — Lindsay McKenna 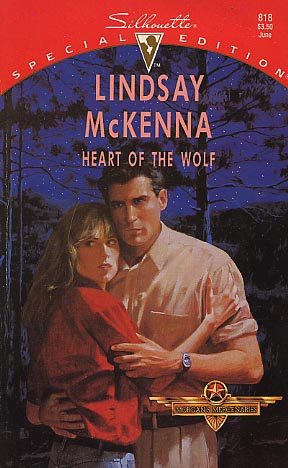 Wolf Harding might have left Morgan Trayhern's mercenary business, but he was still intrigued by worthy causes. One look at Sarah Thatcher and Wolf knew he had to get involved with the lovely spitfire--for her own safety. But who was going to protect him from the tempting vixen?

Sarah realized that bruises and broken bones weren't all Wolf had suffered in the past-his heart had been shattered as welt. And if Sarah wanted to tame the wounded warrior, she had to earn his trust. . . before
Wolf ran fox the hills.

MORGAN'S MERCENARIES:
Three fearless men who've been to hell and back. Now they're about to fight the toughest battle of their lives . . . love!
Reviews from Goodreads.com