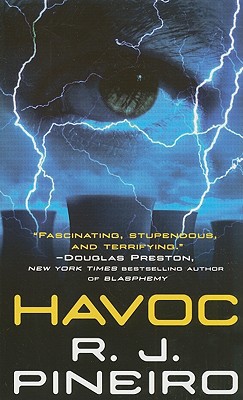 When CIA Officer Tom Grant was pulled out of early retirement to investigate a recent high-tech robbery at United States Nanotechnologies, America's government-run agency for the development of nanoweapons, he had no idea that he would be propelled into the middle of a conspiracy that could threaten the survival of our species.
Teaming up with young Rachel Muratani, a rising star in the agency, and Karen Frost, an old hand from the FBI, Grant tracks the cyber thieves to CyberWerke, a German conglomerate run by Rolf Hartman. Hartman has stretched his high-tech empire across Europe, and now plans to use the newly acquired nanotechnology to take his empire global.
Among the stolen USN hardware is a prototype nanoassembler, a highly intelligent and self-propelled machine with the capability of creating and destroying any object allowed by the laws of physics, including itself---though it needs access to radioactive material in order to mine the fuel required to power its clones. When the nanoassembler breaks free from its relatively unsophisticated captors, it finds itself no longer restricted by the software shackles imposed on it while at USN. While the megalomaniacal Hartman races to recapture it, Grant and his team must not only stop Hartman, but find away to combat the nanoassembler as it embarks on its own mission to ensure the survival of its species---even if that means the eradication of the human race!