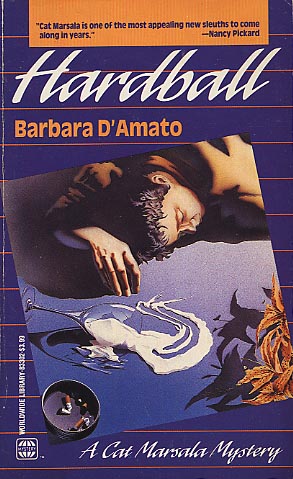 FOR A SOFT-SPOKEN GRANDMOTHERLY TYPE, LOUISE SUGARMAN HAD A LOT OF ENEMIES...

As head of Common Sense, an organization to repeal Illinois' drug laws, Louise had earned the wrath of the PTA, police and church groups all over Chicago. Free-lance journalist Catherine Marsala smelled a great interview.

It was a bomb.

A bomb that killed Louise and almost killed Cat ... in a room packed with Sugarman's bitter opposition, including Catherine's Uncle Ben, head of PASA: Parents Against Substance Abuse.

Now Cat is hungry for more than a story ... she wants to nail a killer. Of course, the whole thing could win a Pulitzer... if she lives long enough to write it.
Reviews from Goodreads.com