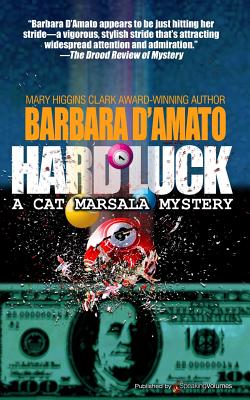 Freelance journalist Cat Marsala hits her stride in this third outing in which Jack Sligh, in charge of advertising for the Illinois State Lottery, plummets to his death, literally at her feet, leaving behind a memo indicating that he wanted to talk to her about misappropriation of lottery funds. Is one of his in-laws responsible? His soon-to-be ex, his sister-in- law, his father-in-law, his brother-in-law, his nephew--all have high-paying, high-powered lottery positions. Could they be skimming off the top? Old man Furman, with longtime mob connections, certainly has the expertise, and his daughter Dorothy surely has the brains and gumption. The more Cat digs, the more she's endangered: her apartment is torched, and finally she has to take to an air duct to escape the family member intent on her destruction.
Reviews from Goodreads.com