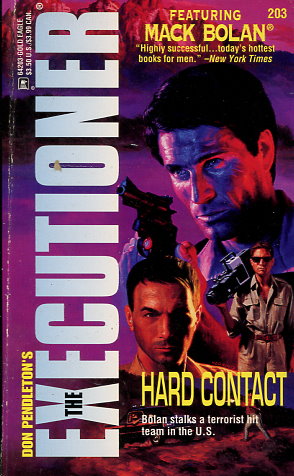 A cell of Middle Eastern extremists has a deadly score to settle with the U.S. and has deployed an execution squad on a fanatical crusade to America.

In his Everlasting War against terrorism, Mack Bolan deals himself into a game that takes him across the United States to halt a ruthless campaign of death.

When terrorists import atrocities to America's shores, they have to pay the duty -- collected in blood by
the Executioner.
Reviews from Goodreads.com