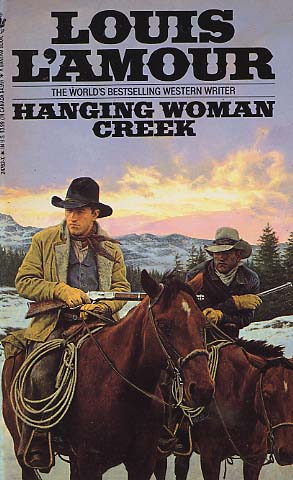 Pronto Pike had punched longhorns along the Rio Grande and ridden the rails back East, but he'd never been in a spot like this before. It had begun with a bitter standoff between a powerful rancher and a homesteading Irishman. It escalated into missing cattle, overlaid brands, and the arrival of a whole lot of folks itching to shoot one another. Now Pronto and his partner, Eddie Holt, are holed up in a line cabin against a rugged Montana winter, waiting for their enemies to come. And when they do, the final battle will begin on Hanging Woman Creek.
Reviews from Goodreads.com