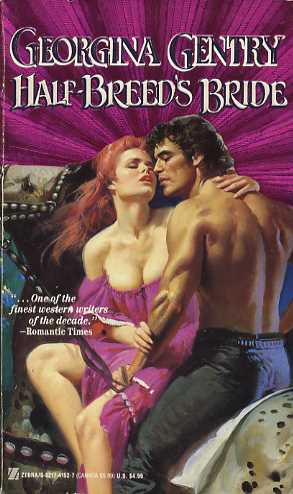 Born dirt-poor Sassy Malone had only her wits and wiles to get her by in life. So when tragedy struck her soon-to-be-wed employer, the feisty lass seized her chance: Armed with a new identity, she passed herself off as a high-class lady and boarded the ship bound west for the untamed Washington Territory-and an arranged marriage to a wealthy rancher. Though the all-too-virile Hunter made it all too clear that she was not the blushing bride he'd imagined, Sassy saw the searing desire in his eyes. She also knew something else: The big, dark loner harbored a savage secret. And as passions ignited in his scorching embrace and days of rapturous loving flamed into nights of unending wedded bliss, Sassy vowed she'd uncover his dangerous past. For her future belonged to this rugged, raven-haired lover who'd captured her very heart and soul!
Reviews from Goodreads.com