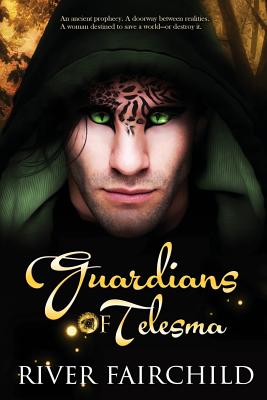 Share:
An ancient prophecy. A doorway between realities. A woman destined to save a world—or destroy it. When Kate Ryan discovers an ancient artifact at a dig site, her life is changed forever. Swept across the boundaries of dimension, she’s plunged into an alternate world of magic, shape-shifting cats—and a prophecy calling for her death at the hands of the Guardian. Draven, Guardian of Telesma, took an oath to kill the Outsider whom the legend warns will destroy his world. He hesitates as his attraction to this woman proves stronger than his sense of duty. Now he must protect his sworn enemy against his own people as he struggles to prove the prophecy wrong. Kate faces an impossible choice. Stay and try to save those who refuse to accept her, or turn her back on them and the man who’s captured her heart? If she makes the wrong decision, will it bring about their destruction?