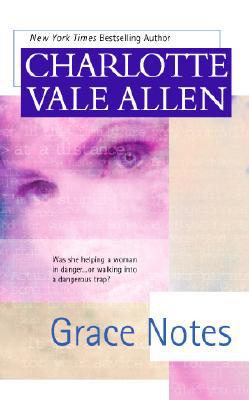 Early in her marriage, Grace Loring became the victim of her husband's sudden, unpredictable rages. Taking her infant daughter and a few belongings, Grace got into her car and fled to the safety of her brother Gus's home in Vermont.

Now Grace is a successful author. Devoted fans find support and comfort in her unflinchingly honest writing and regularly contact her via her web site. Her daughter, Nicky, has thrived in her uncle's happy, yet unorthodox, home; Gus is the only father she has known and she adores him. And Grace has become a caregiver to her brother since the onset of a debilitating disease.

Accustomed to abused women writing to ask for advice, Grace is sympathetic when she is contacted by a troubled young woman named Stephanie Baine. In the course of their email correspondence, Stephanie reveals details of a nightmarish life: her terrifying abduction as a teenager and the complete lack of support from her parents; the psychological and escalating physical abuse she is now undergoing at the hands of her husband. Grace's advice is clear and to the point: Stephanie must do whatever is necessary to escape this madman.

After several weeks of an intensive exchange, the emails abruptly stop, and Grace begins to fear the worst for Stephanie. Then the emails resume, and what Grace comes to learn casts doubt on everything she believed about the person she thought she knew. Who is Stephanie Baine? Has anything she's told Grace been the truth? Is she really a young woman in danger, or is something else -- something sinister, even deadly -- going on?
Reviews from Goodreads.com