Girl Most Likely To — Nancy Brophy 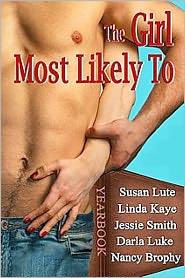 Five Friends. Five Yearbook Predictions. Twelve years. Was it Destiny? Or the last act of girls ready to take on the world?

As thirty approaches so does their Thirty-Years-Old-and-Made-It Reunion Party. Who will have conquered New York? Become a CEO? Be married with a bunch of kids? Which girl will have nailed the lucky Charley Vargas? Is Prince William safe? Because someone is supposed to marry a prince.

It’s the midnight hour and the scramble is on. Not one of them wants to admit her life hasn't turned out the way she expected. Maybe reaching thirty and living up to friends’ predictions is not all it’s cracked up to be.
Reviews from Goodreads.com