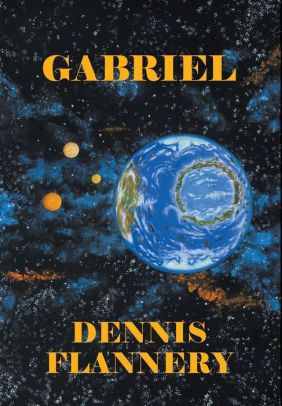 Share:
After The WGC's takeover of the Earth's governments was complete, and the residual major and minor challenges were reduced to a manageable level, Alexander Gabriel happily relinquished control of The WGC. Not one to spend his life watching the world pass by, Alex set his mind to other things. Extraordinary things.
Scientists and engineers, led by the incomparable Dr. Dale Isley and financed by Gabriel Industries, designed and perfected a new generation of prosthetics. These lifelike prosthetics looked, felt, and moved like a natural limb; allowing amputees throughout the world to begin living normal lives. A few years later Dr. Isley and his team took this astonishing breakthrough to a whole different level. They designed and built a Synthetic Life Form (SLF).
But that wasn't the end of Alex Gabriel's or Dr. Isley's contributions. Over the following ten years he and Dr. Isley, along with dozens of the world's finest minds, began designing a ship. A colossal ship - a ship to take all the best from Earth to colonize another planet.
The investment of vast amounts of money and genius paid off. On October 30, 2030, the Starship NORMAN, left Earth on a voyage that would span 32 years at nearly the speed of light in search of a planet ideal for colonizing.
Once the ideal planet was found, the work to make it habitable began. An extraordinary effort by a single SLF, over the next fifty years, prepared the new world for the human colonists.
This is the story of that voyage, that development, and the colonization of the planet Gabriel....